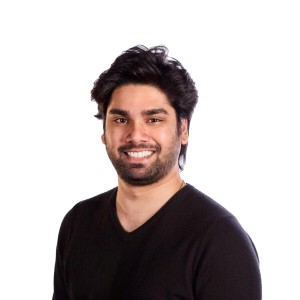 Growing up in Singapore & completing his Bachelors in the UK, Jerome has wide knowledge about the current world affairs, trends etc. He also happens to have a huge interest in New Emerging Technologies & how they will impact the world. In his free time, he loves to listen, play music, loves travelling and adventure!
About me
SHARE IT ON:
Share on facebook
Share on twitter
Share on linkedin
Share on telegram
Share on whatsapp
Share on email

What is this new emerging technology in the business?
Read more to find out about Blockchain Technology.

You would have come across this terminology for sure, yes, Blockchain would certainly ring a bell. What exactly is Blockchain Technology? Keep on reading more to find out, I have conceived a few thoughts to the introduction and by the end of this article, you will surely know the  overview of how this amazing piece of technology is going to revolutionize  the world more.

Starting off with the basics, Blockchain Technology is also referred to as Distributed Ledger Technology or DLT. The whole main idea behind this is such that the history of any digital asset that is being covered under this technology will be unalterable, unmodified through the use of ‘decentralization’ and ‘cryptographic hashing’. This then results in the transparency of such aspects which is indeed stepped in to mainly fight against fraudulent attacks and so on.

I know this would be a tad bit hard to first picturize and understand, however think about this simple analogy. Let’s take Google Doc as an example. We are all familiar with the service structure & more or less know how it operates. Blockchain Technology idea is very similar to that. For example, in Google Doc, when we create a document and share it with a group of people, that particular document then gets distributed rather than being copied or transferred wholly. Now having the document to be shared/distributed then creates a decentralized distribution chain that will allow all the shared users to gain access even at the same time.

The main 3 key points to note for the whole concept & idea for Blockchain Technology is as follows:

I believe the main purpose and the general whole idea or rather the whole point behind this technology was invented such that it is to let people, in particular, people who don’t trust one another, to come together in a medium where they would share extremely valuable data in an extremely secure and transparent network.

Now that we get a picture of what is a Blockchain Technology, now let’s briefly take a look at how this revolutionary piece of technology works. There are 3 important concepts to know about how this works. They are Blocks, Miners and Chains.

Blocks
In this technology, it is perceived in chains and such. Multiple blocks joined together form a chain. Hence, in each block, there are 3 elements.

Now, when the first block of chain gets generated, the nonce then generates the cryptographic hashes. This is where it gets unbreakable as the data in the block gets considered and signed forever locked with the data of the nonce and hash.

Miners
Next is the element known as Miners. As said in the previous point, there is absolutely no way you can breach into the data between the data from the block to the nonce & hash. However, there is this method where miners can
create new blocks on the existing chain to break/breach the data called mining.

However, it is easier said than being done. In a blockchain, there would be limitless several unique nonce and hash across every chain; which contains several blocks. Therefore, for mining to work effectively, miners also rely on the reference data it collects on previous blocks to get close to the nonce & hash values. Now this then tremendously makes it difficult for miners as some chains are really long.

Miners use a special software to get around this incredible math complexity to find that one particular nonce that would in return generate an accepted hash. We have to note as said earlier that a nonce will be a 32-bit number whereas the hash will be a 256-bit number. Therefore, it is estimated that there will be roughly over 4-billion possible various combinations that will be require mining before the right ‘golden nonce’ is found and then added onto the chain.

Even though, this might be a possible workaround and a solution for hackers to get around this technology, this is still extremely hard. For example, making a change to any block earlier will then require re-mining not just with the said block, but also with all the corresponding blocks that come after. Now just think of the amount of time it is going to take and the enormous computing power to do this task much faster! This is then the reason to why it is difficult to break the blockchain code.

Nodes
The main important concept to this technology is the decentralization. No one user, computer, organization, group of networks owns the data information. Instead it’s a distributed ledger connected across the various nodes/users connected to the chain. Nodes are basically any type of electronic device that gets connected to the chain and maintains copies of the blockchain and keeps the network running.

Furthermore, every node is then given a copy of the blockchain therefore the network must algorithmically approve any new mined block for the chain to be updated, trusted and verified. Leading more to this, each participant or rather the user is also given a unique alphanumeric identification number that then displays and shows of all the transactions etc.

With the balance of both the public information with system of checks, this then in result helps out to strengthen the integrity and after all the trust for the users. Essentially, this can be perceived as the salability of trust via technology.

See how Shirish Productions is able to offer industry standard IT Development Solutions to boost your business! Check out more here: https://www.shirish.productions/services

Cloud Computing is the on-demand availability of computer system resources to anyone who has access, how has this impacted the world? Yes,

How Branding Can Affect Sales?

Is branding really that important? Think again. Several people often neglect the words “branding” and even in today’s standard, many business do

Why Should One Have A DevOps Expert In A Team?